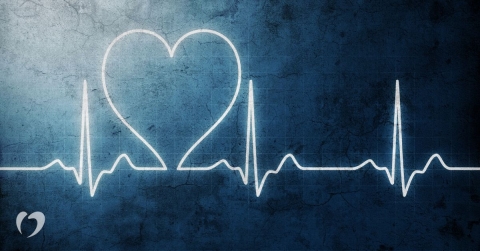 Sometimes people use the expression that their heart skipped a beat when they’re scared or excited or when they’re describing the moment they met their true love. While the heart probably isn’t actually skipping a beat in those situations, the heart can skip beats due to premature contractions.

This arrhythmia is common, and most of the time it doesn’t involve treatment, but it can be symptomatic of other problems. Here’s what you need to know about premature atrial contractions.

The chambers of the heart and premature contractions

Your heart is divided into four chambers: two atria and two ventricles. The atria are the upper chambers of the heart, while the ventricles are the lower chambers. These four chambers work together as a pump to force blood through the body.

When your heart beats, your heart’s natural pacemaker, the sinoatrial node, sends an electrical signal firing across the heart muscle. A premature beat occurs when one section of the heart depolarizes slightly before the rest.

Most of the time, a premature atrial contraction isn’t serious. They can happen in young, elderly, sick, or healthy people. Occasional premature contractions (either atrial or ventricular) are common enough that they’re not typically a cause for concern.

Occasionally, though, they may be symptoms of an underlying issue. In that case you might wind up wearing a Holter monitor to track when these arrhythmias occur.

In some rare cases, premature atrial contractions may be common enough that they’re uncomfortable. If that’s the case, they can be controlled through medication such as beta blockers or calcium blockers.

In the rarest cases, premature atrial contractions may be an early indicator of atrial fibrillation. If your doctor thinks you are at risk, they’ll take steps to fix the problem, including monitoring and possible surgical intervention if needed.

For most people, premature atrial contractions or “skipped beats” aren’t an indication of anything serous. But if you’re worried about your symptoms, it’s worth reaching out to a professional to get checked. Call the Oklahoma Heart Hospital and schedule a consultation today to make sure your heart is in top working condition—both now and for many years to come.