Can Heart Rhythm Issues Be Cured? 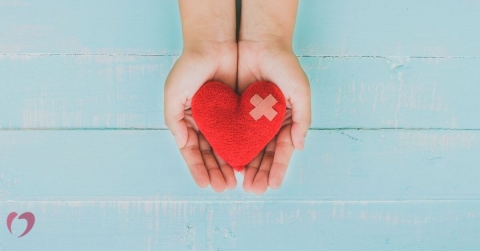 Arrhythmias can be scary. Your heart is one of the most essential organs of your body, and when it starts to malfunction, it causes concern.

Though not all arrhythmias can be completely treated, many can. Modern heart medicine has come a long way from what it used to be, and there are several options available that can help you live a longer, happier, healthier life.

An arrhythmia is any problem with the rhythm of your heartbeat. Sometimes that beat can be too quick, sometimes too slow. Sometimes the problem isn’t that the pace is off, but that the beat is irregular. Atrial fibrillation, the most common type of arrhythmia, causes an irregular and fast heartbeat. When the heart races, slows down, skip beats or tries to beat multiple times at once, it can put extra stress on the heart and may lead to serious issues.

An EKG or wearable heart monitor can be used to diagnose an arrhythmia and determine what type it is and how to move forward. Depending on the type and severity, there are several options to treat and even cure arrhythmias.

Some arrhythmias can be treated in the moment with something called a vagal maneuver, which involves taking a particular action like coughing or dunking your face in ice water. This activates the vagus nerves that control the heartbeat and brings the heart rhythm back into normal parameters.

Pacemakers and implantable cardioverter defibrillators (ICDs) may also be options. These devices are surgically implanted and take action when the heartbeat goes outside of normal ranges.

Cardioversion treatment using medication or electroshock may be a possibility as well. This tries to normalize the heart’s electrical impulses and bring it back to normal rhythm.

Arrhythmia may also be treated with an ablation. Catheter ablation is the minimally invasive first option, which involves thin wires inserted at the groin to reach the heart and destroy abnormal heart tissue that’s causing the arrhythmia.

When catheter ablation isn’t possible or is not successful, Oklahoma Heart Hospital uses two types of surgical ablation: convergent or hybrid ablation and Cox Maze IV ablation. Convergent ablation is actually two procedures being performed in the same surgery, and it targets both the outside and the inside of the heart. A small amount of heart tissue is destroyed via heat in such a way that it restores the natural rhythm pattern of the heart. Convergent ablation is minimally invasive surgery and only requires small incisions in the upper abdomen or lower chest and the groin.

A Cox Maze IV ablation is open-heart surgery, and as such is often combined with other procedures. It’s a last resort due to the level of invasiveness, but it has a high success rate. It gets its name from Dr. James Cox, who created the procedure, and the maze-like pattern of incisions that are used. These incisions cut through the wall of the heart’s atrium and the resulting scars act as barriers that stop abnormal electrical signals from transmitting.

While medications are used to control abnormal heart rhythms, ablation procedures can cure some types of arrhythmia completely. Once treated, whether through ablation or ongoing medications, most patients with a heart rhythm issue can return to their normal activity levels.

If you have symptoms of a heart rhythm issue, contact the Oklahoma Heart Hospital today to schedule an appointment with one of our specialists in the Heart Rhythm Institute.