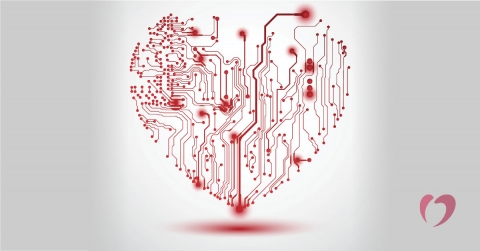 This extra electrical pathway is present from birth. WPW is associated with the presence of other structural heart defects, most commonly a condition known as Ebstein anomaly, and certain genetic mutations. However, little is known about how or why WPW develops.

Some people with WPW don’t notice any symptoms, while others do. Although it is a genetic condition that is present from birth, symptoms may not manifest until the patient is a teenager or adult. Symptoms include episodes of rapid heartbeat and lightheadedness or dizziness that can be accompanied by fatigue and anxiety. In infants with WPW, symptoms include greyish skin tone, poor eating, irritability, and rapid heartbeat.

For many with WPW, there are no major complications other than a rapid heartbeat, though fainting can occur. Rarely, sudden cardiac arrest and death can result from Wolff-Parkinson-White syndrome.

In some cases WPW is diagnosed during a routine heart exam, though it’s more likely to be diagnosed because a patient reports symptoms. If you are having symptoms, your doctor will likely order an electrocardiogram, or ECG, to look for the underlying cause of those symptoms. If the abnormal heart rhythm isn’t captured during the ECG, your doctor may have you wear a Holter monitor for 24 to 48 hours to record your heart rhythm activity during that time.

Treatment for Wolff-Parkinson-White syndrome depends on the symptoms. The goal of treatment is to slow the heart rate, so people who have an extra electrical pathway but no symptoms may not need treatment. For those who do, there are several treatment options.

The two most common treatments are antiarrhythmic drugs, which help regulate and slow the heart rate, and catheter ablation. During a catheter ablation, doctors insert a thin, flexible catheter into your blood vessels to reach your heart. The tip of the catheter will be used to locate and destroy the extra electrical pathway. Generally, catheter ablation permanently corrects WPW.

If you are having symptoms of an irregular heartbeat, schedule an appointment with one of the specialists at the Heart Rhythm Institute at Oklahoma Heart Hospital to evaluate your heart health.