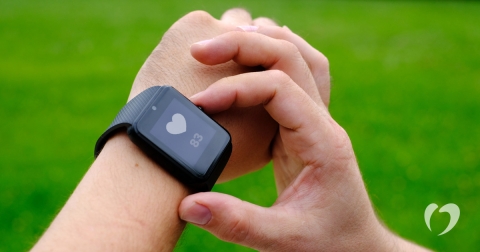 Technology continues to advance to give both patients and their physicians more health data. One such advancement is the addition of an electrocardiogram, or ECG, feature in some smart watches.

Atrial fibrillation is one area where heart monitors built into watches can be beneficial. Afib is the most common heart rhythm issue today, and numbers are increasing to the point that some are calling it an epidemic. But many people don’t know they’re in Afib, and sometimes the first time they’re diagnosed is while in the emergency room with stroke symptoms.

Apple announced in 2018 that its new version of the Apple Watch would go one step further and also include an ECG feature to measure the electrical activity of the heart. While a wearable device such as a watch doesn’t replace an in-office ECG with your physician, it can be a first step in identifying a potential heart rhythm issue.

Another portable ECG option is Kardia, which Oklahoma Heart Hospital has been using for many years to monitor heart rhythm data for some patients. With Kardia, the patient uses a small device with two electrodes to record a one-lead ECG. The information is recorded in the app, which can then be viewed directly by Oklahoma Heart Hospital staff.

Previously, the most common approach for recording a patient’s heart rhythm at home was a Holter monitor, which is a small battery-powered device with electrodes placed on the chest. While Holter monitors will continue to be used for many patients, smaller devices can be helpful for recording heart rhythm issues that only occur periodically. When a patient feels like a rhythm issue has occurred, they can capture that data using their device in order to provide their doctor with more information about the episode.

There are both positives and negatives to this advancing technology. First, it provides an opportunity for early detection and screening among a broader sample of people. However, just as with at-home blood pressure monitors, false positives can occur and may increase patient stress until an appointment can be scheduled.

Overall, such technology empowers patients with more information about themselves and their personal health data, and that’s a good thing. However, it’s still important to see your physician regularly as wearable ECGs are less sophisticated than a complete in-office ECG.

If you suspect you may have a heart rhythm issue based on data from a wearable ECG or based on symptoms, contact the Oklahoma Heart Hospital today for an appointment with one of our physicians.